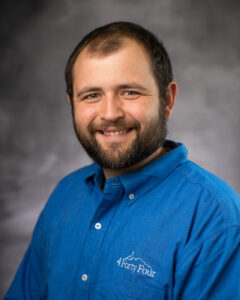 Jack moved to the High Country mountains after previously living in the flatlands of Hilton Head, South Carolina. A graduate of Appalachian State University, he studied Applied Physics from the College of Arts & Sciences. After college, he worked at his family’s wedding venue The Twickenham House & Hall in Jefferson, NC.

After renovating his personal home for him and his wife, Jack became interested in construction and decided to pursue a career in the field. The process of transforming his house from four walls and a concrete floor into a long-term home inspired Jack to begin working as a carpenter’s helper, and now as a member of the 4 Forty Four team of craftsmen.