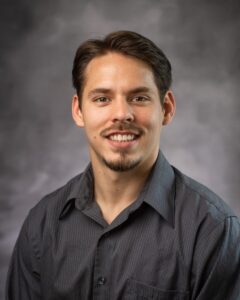 Chance grew up in Burlington, North Carolina, and lived there until 2015 when he moved to Boone to attend Appalachian State University. He graduated in 2020 with a Bachelor's Degree in Sustainable Development with a concentration in Sustainable agriculture. While living and attending school in Boone, Chance fell in love with the mountains and decided to call it home even after college.

Chance grew up learning carpentry from his grandfather who owned a construction and land grading business in Burlington, North Carolina. Before joining us at 4 Forty Four, Chance was a leader of a landscape crew in Boone where he gained experience using construction equipment to build hardscape features such as rock patios, sidewalks, retaining walls, and fire pits. He also previously worked for Leonard’s Buildings in Mt. Airy, North Carolina, where he built storage buildings.

Chance has always loved the outdoors since he was a kid. He enjoys kayaking, fishing, and camping. He loves to play guitar and have bonfires with his friends. He currently lives in Boone with his girlfriend and hopes to buy land someday, build his own house, and have a homestead.